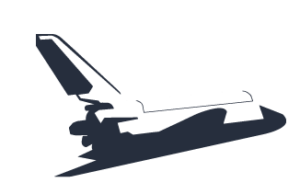 We've assembled some of the industry's brightest with deep expertise in Venture Capital, CXO Innovation, Channels, Startups, Product Development, Sales, and Emerging Tech. Our foundation is built upon a fundamental belief in the power of inclusion for the benefit of all.

Chad Cardenas is currently Founder & CEO of The Syndicate Group (TSG) as well as Managing Director of Syndicate Venture Partners. TSG has pioneered a new evolution of Venture Capital, helping startups scale faster by organizing exclusive investment access for their strategic ecosystem. Enterprise tech startups benefit from an ecosystem with more skin in the game while strategics get early looks at the best companies and unprecedented access to invest in them.

Having spent 25 years in the enterprise technology sector, he maintains a wealth of experience in sales, leadership, business transformation, innovation, distribution channels and go-to-market strategies for enterprise startups.

After gaining experience in sales and management from NetApp, Chad co-founded Trace3 where he served in a President/CIO capacity, studying macro trends in the IT industry and their effects on the VC, startup, channel, CXO and investor communities. He helped build the tech reseller/integrator to 400 people and over $500M in revenue before a private equity event in 2017.

As Founder and Managing Director of InstantScale Ventures, Chad began to build a strong investment track record by serving the needs of a select sub-section of the investment community. The Syndicate Group was born out of these experiences, based on the realization that much more should be done to streamline innovation for the greater good of the industry. 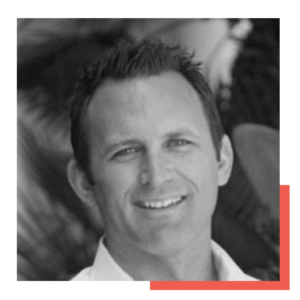 Natalie has over 10yrs of experience working with executives, event management and office coordination. Her work in social media and digital marketing brings a fresh, creative approach to the go-to-market efforts of enterprise tech startups and the acceleration of channel ecosystems. Having coordinated a variety of interactions simultaneously with hundreds of clients and members of various organizations, Natalie brings an attention to detail and high-touch customer service to building and maintaining the diverse TSG ecosystem of portfolio companies, strategic investors, and venture capital partners. 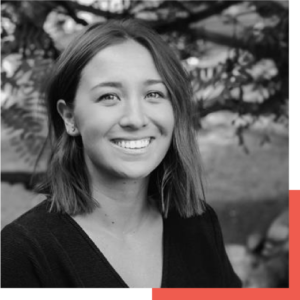 Mohit Aron has over 15 years of success in building enterprise technology and companies. His groundbreaking achievements in developing scalable, high-performance distributed systems established his reputation as a thought-leader and top entrepreneur in Silicon Valley. As the Co-Founder/CTO of Nutanix, he helped create and fuel the major industry trend of hyperconvergence. In 2013, Aron founded his current company, Cohesity. Cohesity's disruptive, software-defined technology is redefining how companies globally backup, manage, and derive insights from their data.

In 2016, CRN recognized Cohesity on the list of Storage Emerging Vendors You Need

To Know, and named Cohesity as one of the Top 25 Disruptors. In 2017, Forbes included Cohesity in its list of Next Billion Dollar Startups. Prior to his work with Cohesity and Nutanix, Aron was a lead developer for the Google File System engineering project. He graduated with a Ph.D. in Computer Science from Rice University with a focus on distributed systems. He holds a Bachelor of Science in Computer Science from the Indian Institute of Technology, Delhi India. 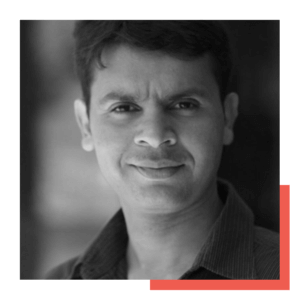 Leonard has spent over 30 years as a senior executive leading and building high performing channel sales teams at companies like Data General, NetApp, ExtraHop Networks, Isilon Systems, EMC and Nimble Storage. In addition to setting the industry standard for channel sales leadership, Leonard is widely known for building strong, trusted executive relationships within the channel community. These relationships when paired with innovative, industry-first channel models and strategic programs have helped fuel massive channel growth for the OEM going to market as well as their

individual channel partners across the globe.

A consummate long-term thinker, Leonard has been extremely effective in collaborating with executive peers to help transform traditional views of how effective channel strategy and execution can deliver tremendous growth and profitability for an entire ecosystem, eventually leading to a faster and more significant exit. After 30 years of helping the channel community succeed and enabling several enterprise tech startups to reach a desired outcome, Leonard serves as a board member and advisor of a select few companies he believes have disruptive potential, where his relationships and expertise can make a significant impact, and with whom he enjoys working. 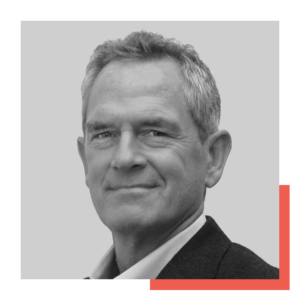 Dan Warmenhoven is the former executive chairman and CEO of NetApp. Dan served as chief executive officer from 1994 to 2009 and executive chairman of NetApp from 2009 to 2014. Under Dan’s leadership, NetApp grew to become a multibillion-dollar company and a recognized market leader in networked storage, a concept the company pioneered. Dan led the company’s initial public offering in 1995. NetApp is consistently listed in the top 20 of FORTUNE magazine’s 100 Best Companies to Work for in America and was ranked #1 in 2009.

and “America’s Largest Corporations” lists as well as in Forbes magazine’s “400 Best Big Companies in America” list. NetApp is included in both the S&P 500 and the NASDAQ 100 indexes. In August 2009, Dan received the Morgan Stanley Leadership Award for Global Commerce. He is a director of Bechtel Group, Inc. and Palo Alto Networks. Dan is on the board of the Tech Museum of Innovation as well as a trustee of Bellarmine College Preparatory, both in San Jose, California. In June 2007, Dan received an honorary degree from Santa Clara University for his dedication to global business and technology leadership and in 2006 was named one of the “50 Most Powerful People in Networking by Network World. In 2004, he won the prestigious “National Ernst & Young Entrepreneur of the Year” award, and in 2001 BusinessWeek named Dan one of its “Top 25 Managers” for the year.

Previously, Dan served as chairman, president, and CEO of Network Equipment Technologies (N.E.T.), a telecommunications manufacturer. He is a veteran of Hewlett-Packard Co. (HP), where he held senior management positions, including general manager of the Information Networks group. Prior to working at HP, Dan was employed for 13 years at the IBM Corporation. Dan holds a bachelor of science degree in electrical engineering, with honors, from Princeton University. 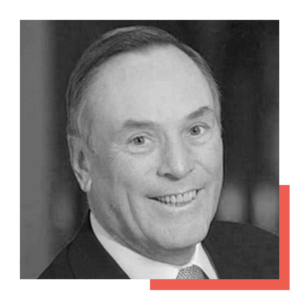 Declan Morris has more than twenty years of corporate leadership experience leading all aspects of IT and digital transformations across multiple sectors including financial, consumer, digital media, and enterprise software. With an exceptional background in both IT and Cloud services, Mr. Morris advises CEOs and technical advisory boards on digital enterprise strategies, cyber security, and building high-performance technology teams.

During his six years at Splunk, Mr. Morris served as Chief Information Officer where he

led the IT organization through an intensive hyper-growth period that saw revenues soar tenfold. Success is attributed to embracing a cloud-first strategy for all IT-related services and solutions to accelerate business capabilities. His organization also championed the internal usage of Splunk by showcasing security, operational insights, and business analytics capabilities.

Prior to joining Splunk, Mr. Morris  was Vice President of Cloud Operations for Adobe Creative Cloud where he played a key role in transitioning Adobe’s Digital Media business from its boxed software portfolio to a subscription-based service. With many years in the high technology industry, he has also served in various IT leadership positions at eBay, PayPal, Goldman Sachs, and Charles Schwab & Co. Mr. Morris holds a BS in Information Management Systems from the University of San Francisco. He serves on the technical advisory boards for Benhamou Global Ventures, Espressive, Loom Systems, Hunters.ai, WootCloud, Fugue, and Cloudwirx. 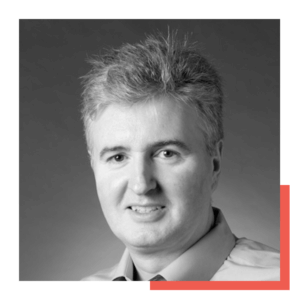 Jack comes to the board with a wealth of knowledge around operations and leadership as well as venture strategy and investing. His career began in sales for Sybase and a decade as CEO for both Covalent and Fortify Software. When Fortify Software was acquired by HP, Jack spent an additional two years with the company. With this experience under his belt he became a Board Partner at Andreesen Horowitz where he has served on the board of directors for several notable companies such as CipherCloud, Illumio and Contrast Security. 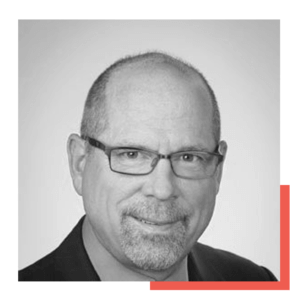 Bawol spent the majority of his career building and leading Avnet, a technology distributor and influential force in the industry. His involvement led him to not only SVP and General Manager roles but President of the Americas as well. Through these leadership positions he oversaw all operations and strategic direction of Avnet's Enterprise Software and Solutions group, lead Avnet Technology Solutions' business across the Americas region from both a strategic and operational perspective, as well

as oversaw over 25 supplier lines in the IT distribution channel.

You can find few others with this level of experience and in-depth knowledge of the distribution and channel partner ecosystem. He now spends his time sharing his expertise with a few select companies where he serves as board advisor. 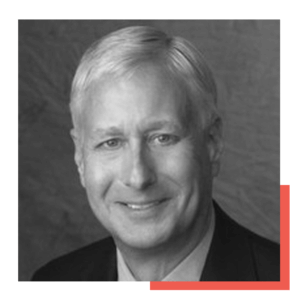 Having founded five different companies including most recently Cloud Harmonics - all of which led to acquisitions by Securematics, Ingram Micro, and Juniper Networks - Pradeep is a well-known and successful entrepreneur in Silicon Valley. He has invested in and/or advised over two dozen companies and participates in many venture funds including August Capital, Wing Ventures, and Cyberstarts. Pradeep is a creative leader and advisor, thoughtful visionary, and has a consistent track record of providing real value to the people and companies he’s involved with. Pradeep brings a rare combination of expertise in venture, channels, and startups – all resulting in meaningful value-add to the TSG portfolio. 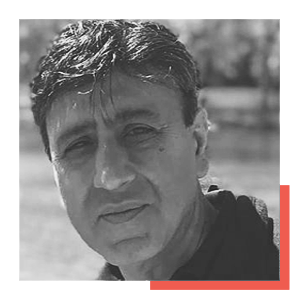 Malcolm has dedicated his career to helping organizations understand and improve cyber risk management, winning multiple awards for security leadership, innovation, and excellence. He has been a featured speaker at industry events, authored books and articles on IT risk, taught at the UCLA business school’s CIO Institute, and testified on cybersecurity before the US Senate.

Epiphany, Malcolm was Chief Security and Trust Officer at Cylance and Cymatic. He also previously served as Chief Security and Privacy Officer at Intel Corporation. He is on the boards of TrustMAPP and the Cyber Risk Alliance, and advises the Verizon Media Group, Arista Networks, SafeBreach, BlackCloak as well as other growth-stage cybersecurity companies. 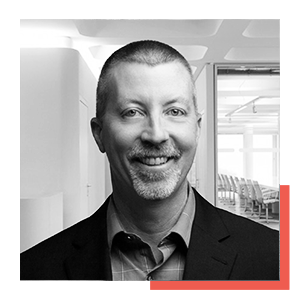 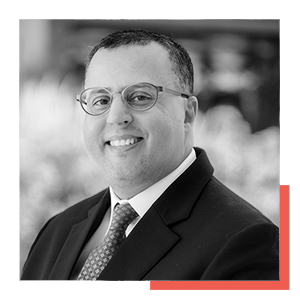 Brandon Lee is the Co-Founder of 68 Labs, Inc., a creative tech agency, where he heads up the technology and product development. His consulting and entrepreneurial experience helps bring his client’s technology projects to life. Brandon previously founded a technology consulting and investment company, Denali7 Ventures. During that time, he lead business development and consulting operations. Denali7 worked with a variety of clients which included companies such as Toyota, Boeing, Thomson Reuters, Veterans Administration, Sysco, Capgemini, and Wipro guiding them through various aspects of technology development projects, process, and organizational structure. 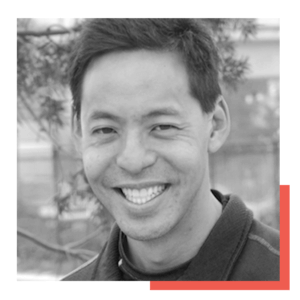 Douglas Kato is a strategic advisor of product planning and development for 68 Labs. He is also the Founder of Roots Holding, Inc. where he developed technologies that eventually became a revolutionary Social Fundraising Platform that serves in growing local communities together.

Prior to Roots, Douglas was the co-founder of Qmania®, Inc., where he sought to

develop a service that plugging into the growing smartphone market, would grow users while saving consumers, retailers, and producers money. Before Qmania, Mr. Kato founded Up Above Records in 1995. As the music industry began shuttering vinyl manufacturing plants in the early 2000s, Mr Kato recognized the fallow land of vinyl record sales, rebirthing it to a $30MM annum business via Up Above and its associated Barefoot Distribution, serving the vinyl needs. Barefoot Distribution, Inc. has for the past 15 years assisted in bringing over 500 companies and brands to an international market in Asia.

Mr. Kato’s fierce entrepreneurialism and keen sensibilities has made him a driving force in bettering and refining services and products for the past twenty+ years. 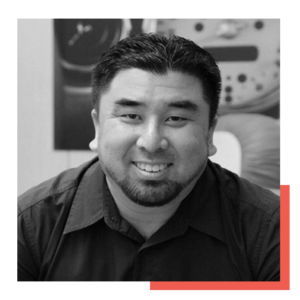